It looks like you're new here. If you want to get involved, click one of these buttons!

Welcome to Writers Talkback. If you are a new user, your account will have to be approved manually to prevent spam. Please bear with us in the meantime

Scam? How should I report it? 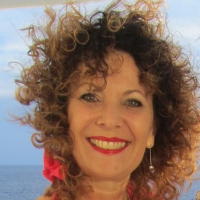 Tiny Nell
February 2014 edited February 2014 in Writing
Back in September I entered two poems (@£7 for both) for a competition called 'Culpepper's Remedy Mid-Year Poetry Competition' with a closing date of November. (There were other comps running at the same time, e.g. a pamphlet comp) The judge was a Brian Spenser/Spencer (I've now seen it written two ways). I thought I recognised his name... 'thought'. I also looked at the background of the competition which seemed to have been running for a few years.

The results should have been out just before Christmas - Dec 20th.

This is the email I got after the closing date for submission.
[Strange a)how it was from the 'poet' judge himself
and b) how his literary skills leave a lot to be desired]:

Can I please confirm that if you receive this mail then your poems have been entered into our poetry competition. Aparently our automatic responding system did not respond to everyone who entered.

The entries are now closed and the shortlist will be published on our blog and sent to all entrents before the 20th December 2013. The winner will be anounced as soon after that as possible.

Good luck to everyone who entered and than you for suporting our competition.


I've checked and checked the blog where the results were supposedly to be posted, but there hasn't been a peep from it since November. I wrote a general email query to Culpepper's to which I had no response. Then I emailed Brian directly, using the Reply option to the email of his I just pasted. There has been no response at all.

I've Googled him, but there doesn't seem to be anyone of any note in the world of poetry by that name. I've just sent out a tweet in case anyone else is interested/concerned. Please RT!!

So, in conclusion, it seems that I have been scammed and robbed. I cannot let him get away with this. Does anyone know how/where I should report this?
Tagged: